How to Flip a Funky Situation on Its Ass 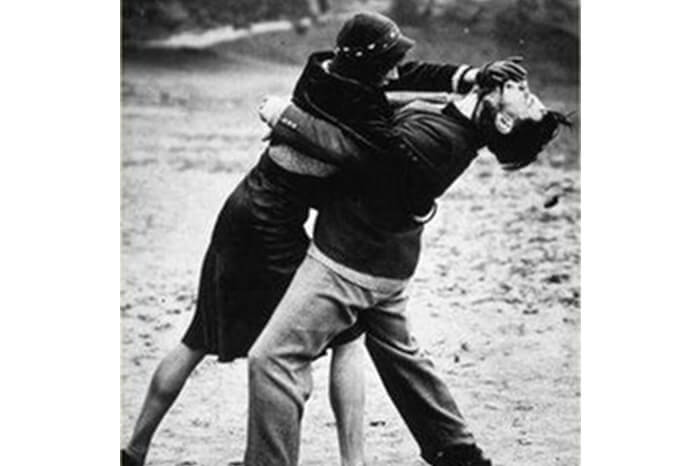 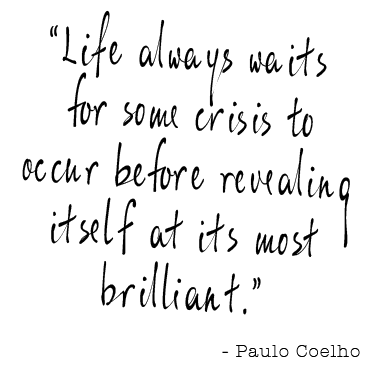 It was a chilly winter night. I was in bed reading, cozy under the blankets, when my boyfriend came home. He slipped into the bed next to me to cuddle. We could here the upstairs neighbor walking around above us.

My boyfriend asked, “Do you think he’d ever come down here?”

He continued, “What would you do if he did?”

I laughed nervously. He wasn’t making any sense.

My boyfriend reached under his side of the bed. “If he ever comes down here I have this!” He turned back towards me, one of my kitchen knives clenched in his hand…

That night was the crisis that inspired CHICK.

Needless to say it was one of the lowest points in my life.

Superheroes are faced with crisis situations more than the average human being, so knowing how to turn them to our advantage is a great skill to have. But before we can tackle other peoples crisis’, it’s important to be able to handle our own.

Sometimes we need to get real creative to find the opportunity in a crisis, most times we have to take a risk and face a lot of fear and anxiety. But then, being a superhero, that part should be a piece of cake for us. 🙂

Picking ourselves up from a situation where we were getting our ass kicked requires some crisis alchemy so I thought I’d share the recipe I came up with after working through my ex-boyfriend crisis.

The first and usually most difficult step is acknowledging that a crisis is happening. It took me a year and a half to face the fact that I was in a fucked up relationship. Oftentimes we don’t want to acknowledge the crisis because if we do we’ll have to do something about it.

The sooner we can implement this component, the easier the rest of the process will be.

In Elizabeth Lesser’s book Broken Open: How Difficult Times Can Help Us Grow she talks about going with the flow of the river instead of fighting against it. When a crisis hits try to do the counter-intuitive thing…embrace it. Allow it to run its course. Trust that it is serving a higher purpose.

Remember, if we try to hold the rain clouds back, the rain ends up staying longer than it should, but if we let the clouds simply pass by, the sun will be back out again in no time. Want an example? Watch young children, they do this all the time.

We will all go through many crisis’ in our lives but for some strange reason we’ve been conditioned to believe that the goal is to reach that place where we never have another problem for the rest of our lives.

Funky times are a natural part of life. Instead of trying to find a way to make them disappear forever (read, do the impossible), why not see the funkiness as an opportunity we can use to grow and evolve.  This means allowing the feelings that come up, as we work through the crisis, to be expressed.

Find a healthy outlet for your feelings, like a hobby or a sport. Or hang out with a pillow for half an hour. Cry into it if you’re feeling sad. Attack your mattress with it if you’re pissed at the world.

CH!CK started out as a feature film called “Guerilla Girls”. It was about a group of girls who went around beating up guys who were assholes. I was kicking my ex-boyfriend’s ass through my writing. Ha ha. But it served as a catharsis so room could be made for the lighter version of CHICK to reveal itself.

The only thing guaranteed in life is change. This too shall pass. Yeah I know they’re cliches but they’re true! Knowing there’s a light at the end of the tunnel even if you can’t see it yet, helps to keep us going through the pitch black times.

Sometimes when our emotions are so intense, it’s hard to think clearly. If you’re completely blinded by the crisis ask others for their input. Ask trusted friends or elders. Meditate and ask your higher power. How can this crisis help me grow as a person? Find others who have made it through a rough time and use their stories as inspiration. Tyler Tervooren used his job layoff as the force to create Advanced Riskology.

In martial arts they teach you to use your attacker’s force against him. Take the energy generated from a crisis and use it for something good. My crisis became the force for everything you see on this site.

During a crisis we often make decisions based in fear. But there is usually a point when we hit rock bottom and throw our hands up saying I just don’t give a fuck anymore. We must use this low point to our advantage. Not giving a fuck means we stop being afraid and worrying about what others think. Not worrying about what others think gives us an opportunity to be true to the parts of ourselves normally kept under wraps because of fear.

THAT’S THE BEAUTY OF A CRISIS…

A crisis can help us express more of our superhero selves. When we tap into that, we can start to carry out world changing bad-assery and help others through their crisis’.

This will be an image link to the courage course.

WE LOVE TO TALK ABOUT…

Have you practiced crisis alchemy?